How to Manage a Self-Managing Team? 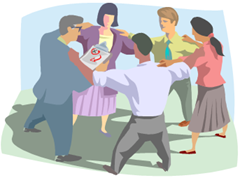 As we all know, there’s no shortage in confusing and counter-intuitive ideas and practices in the Agile world, but the idea of a self-managing team has to be one of the best. Indeed, the idea that a manager can manage a self-managing team sounds oxymoronic at best, and at worst – plain moronic. In this post I will try to clear the air and explain what it means for a team to be self-managing, and what is the role of a manager of such a team.
By the way, this post is the fourth in my series of Demystifying Agile. If you like this one, you may want to read the others.

What Does It Mean to Self-Manage? 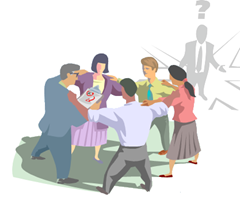 A self managing team, or as it is sometimes also called, a self-organizing team, is, above all, a mature team. It doesn’t even have follow the percepts of any agile methodology per se, but in fact most do. Probably something to do with maturity.
The first thing such a team does is to take charge of how they do their work, which is to say, they define the tasks they will have to complete in order to deliver the solution (requirement / user story / feature).
They will also be in charge of estimating the cost of their work, decide what work they can complete until the next milestone (or iteration, or sprint), and commit to it.
They will take control over their development process and the responsibility of improving it in order to develop a better product, while reducing the cost, as much as they can.
They will (to some extent) be in charge of identifying anything that may impede their progress, any issue that may stop them from completing a task or meeting a deadline, and either resolve what they can, or report to their superiors what is beyond them to solve.
Depending on whether or not the Product Owner is considered part of the team, they will define what needs to be done: user stories and priorities.
In short, one must merely point them at a goal, and they will do everything needed to achieve it!

So What Do I need a Manager for? 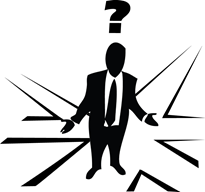 As a manager, you may worry that you have become obsolete. Indeed, all but one manager I’ve worked with, has expressed some form of anxiety over this change and subconsciously hindered my efforts to help the team become self-managing. Incidentally, that one manager simply asked me to tell him what his new role would be in this new agile world. All I had to do was convince him that it will work (if you’re reading this, and you know who you are – thanks for making my job enjoyable!)
At any rate, you are not obsolete – in fact, you are needed more than ever; Your team(s) need you to do those things that nobody else can do:
First off, there’s the whole matter of human resources and financing (some might say it is the same). No agile methodology that I know of, suggests that the team is responsible for the following:


Regarding the matter of personal absences, a mature team could handle the matter of absences by themselves, accounting for planned absences when planning the iteration, and dealing with the consequences when they are unforeseen. The absences would still be accounted and authorized within what was agreed in the compensation package, but the manager might be relieved of having to deal with the day-to-day issues.
What else? In a traditional hierarchy, a manager is in charge of team leaders, who in turn are in charge of the team. In an agile world, the team leader is often replaced by the Scrum Master (or Agile Coach), who serves the team by removing impediments from its path.
An agile manager could serve as the Scrum Master of Scrum Masters. A scrum master who encounters an impediment that he cannot resolve, needs someone to turn to. Enter the Agile Manager, the servant leader for the teams. With the backing of his position the manager can do more to resolve the issues than the scrum masters might do on their own.

All This Sounds Great, But How Do I Get There?

All of this may sound great in theory, but you know your team; they are simply not ready for all this responsibility. So you may wish to “thank” me for wasting your time, right?
Wrong.
Look back at the list of things that the self managing team does. Now back at your tasks. Now back at the team’s. Looks familiar? They are – or were – your tasks. Now look at it again. It’s their tasks, only you were handling their work for them!
Work with the team, relinquish these tasks, one by one, suggest that they take over them. This can (should) be part of their Kaizen, their continuous improvement.
Sooner or later – sooner, actually – you will find yourself the proud agile manager of self managing teams!
Now you will finally have the time to do all of those things that you never had the time to do.

The Agile Manager is the financer and builder of the self-managing teams he is in charge of. The agile manager is also the scrum master of scrum masters and solves the issues that they cannot resolve on their own.
The path to self management is not a short one, but not a very difficult one. You can get there, one step at a time.
Try it, I believe that you will find it rewarding and liberating.
If you have any experience managing self managing teams, why don’t you leave a comment with a pearl of wisdom of your own? Be a sport.
Technorati Tags: Agile,Scrum,Team,Self Management,How To
Posted by Assaf Stone at 18:26

Labels: Agile, How To, Scrum, Self Management, Team