How to Use Agile Estimation in Scrum Projects 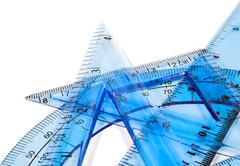 Like it or not, estimations are a big part of professional and commercial software development. Estimations are used in most projects regardless of methodology: Waterfall or Scrum, traditional or agile, every stakeholder needs to know the numbers. Projects succeed or fail as a result of these. Unfortunately, humans, as a rule, tend to suck at estimating.

This post will compare and contrast the different estimation techniques and applications used by both agile and non-agile methodologies, and explain how to use them (and not misuse them), particularly in a Scrum project.

What is Wrong with how We Estimate? 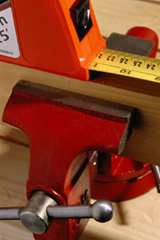 Traditional project plans involve using calendric estimates in order to synchronize the development efforts of the team(s) by placing the work on a time line (usually, using a Gantt chart). This means that for every part of the solution, the developers must predict the when it will be ready (i.e. the delivery date). This means they need to know when they will start, how much time it will take to deliver the work, and how much time will be “wasted” on impediments (both foreseeable and unforeseeable). While knowing this makes the project planners’ work easier, obtaining this knowledge is extremely difficult; Estimating the development effort is difficult enough, but predicting the total amount of time that will be spent not developing is near impossible.

What’s worse, is that contrary to popular belief, the Law of Large Numbers does not apply to project plans! Due to the nature of dependencies, a single late dependency is enough to push the delivery date of a dependent component. On the other hand, in order for a component to be delivered early, it is necessary that all dependencies will be completed early. In short, lateness aggregates, while earliness does not.

A side effect of this is that the more complex the Gantt based project is, the more lateness is likely to be accumulated, as the project advances, and the further we are in the project, the more we run the risk of being late.

Of course, a late project means that the software is delivered at a higher cost, with less features, and / or simply later than expected and agreed. This means that a late project often becomes a failed project.

Clearly, a different method of doing things is necessary; Agile methodologists came up with different estimation techniques to reduce the chances and ramifications of failure.

Agile Estimations Are Easier to Make

While agile estimation techniques tend to end up more accurate than calendric estimates, the estimations are still guesses, and guesses still mean risk. Agile teams try to reduce this risk by reducing the amount of guesswork involved in the project plan. 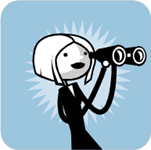 The agile project plan is not based on the prediction of work effort, but rather on empirical evidence! Only the team’s first iteration (ever) is planned based on a prediction. The rest are based on the measured evidence of previous iterations (or sprints, as they are often called in Scrum-shops). The team estimates that it will successfully complete as much work in the next iteration as it did in the previous iteration(s).

For example, if a team successfully completed 120 ideal hours worth of work (that is, the amount of work they did added up to what they estimated as 120 ideal hours), then they will estimate that they will do the same in the next iteration. This technique works the same with story points: A team that can complete an average of 50 story points in an iteration is likely to repeat that success in the next one. A team’s velocity, or cadence can then be measured in ideal hours per iteration or story points per sprint.

What about interruptions? Well here’s the beauty of the technique: You can consistently account for the predictable ones (e.g. vacations, repeat meetings, scheduled events) and factor those out, and you can consistently ignore the unplanned ones, as they are likely to be more or less an equal part of every iteration of the team.

The difference between predictive plans (classic, waterfall-ish, Gantt based) and empirical plans (Agile, Scrum) are:

Finally, as stated in the previous post, agile plans, being based on stories that are designed to be discrete units of business-value, with as little interdependencies as possible, agile plans further mitigate the risk of estimation failure by causing the ramification to be failure to deliver on time only the least valuable features!

To me, the agile choice is a no brainer. Agile plans are simply safer to execute, the chance of failure is lesser, and the result is less harmful. I would even go as far as to say that companies promising to deliver a non-trivial project without using an agile plan of some sorts are being less than honest – with themselves as well as the customer. 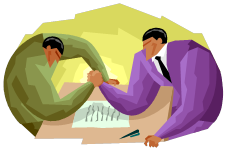 Moreover, I think it is high time that customers demand their contractors to use agile methods in order to win contracts.