This post is a bit different than my usual ones. Instead of orating off of my soapbox, I’d like to share a moment of agile bliss that I had today. One of the teams I work with at my customer’s company conducted their first “truly agile” sprint planning session. This post is a recount of the experience.

About a month ago, I began working on agile methodology training for a few teams at my client. The focus of the training was team work-process, mostly using Scrum as a template for how we will do things, with a few Kanban inspired overrides. In my first few sessions, I focused on what a user story is, what a task is, and the concept of focusing the team’s energy on completing user stories as fast as possible.

What I taught them boiled down to a few key take-away points:

Initially there were arguments on all points: “Our stories are too big for one sprint”, “What if a task takes more or less than a day?”, “It’s easier to assign a story to a developer”. I had to convince them that these basic ideas are important and valuable, or at least to give them a try.

The Man’s Too Big…

What we did was take one “too big” user story, and look for some way to break them down in to thinner vertical slices. We ended up with stories that use naïve implementations, or serve a smaller set of clients, or handle a smaller set of scenarios, with further stories that cover the difference in robustness, clients and scenarios.

With regard to the tasks, I suggested that we simply split tasks that feel too big, or join tasks that feel to small, and not to worry about their actual length. We’ll measure the averages and variance after the end of the sprint, and look for better ways to be more predictable as needed. It was more of a let’s simply try it solution.

The Man’s Too Strong! 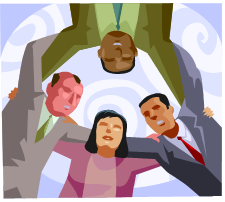 The longest argument was over whether the first story warranted having multiple developers swarm on the tasks until the story is complete. One developer felt most strongly that it’s a waste of time to have multiple people learn the story, since we’re certain to complete it in time either way. Another developer didn’t want to be pegged in just the server (or client) coding tasks of each story, and felt that owning a whole story gave her more satisfaction. She also expressed concern over the pain of complex merges. Incidentally, it was mostly the QA engineers that immediately accepted the value of working on one story’s tasks in parallel.

Here are the points I made to alleviate their concerns: 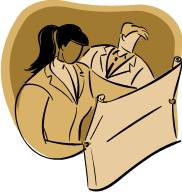 The rest went by rather smoothly. The team calculated how many expected work days they have in the sprint. I suggested that we simply add them up, rather than trying to split along the lines of coder / tester days & tasks.

I noticed that the backlog had some free-floating tasks, i.e. not related to any user story. I asked the team about those, stating that unless there is some value to a stakeholder, the task may be a waste of time. The team told me that it was technical debt. After some discussion, we agreed to deduct the tasks from the available work days, rather than creating fake user stories – we have to own up to the fact that we are paying back a debt to the system, not adding value to it.

The team-leader-turned-part-time-product-owner gave a rough stack ranking (there were several items high on the list with the same rank). I suggested that if he doesn’t care which of the same-rank stories we complete first, I’ll set an internal rank by the order that they appeared in the spreadsheet. He accepted.

Next we started explaining and breaking the stories. Traditionally, the PO explains the stories in the planning session’s first half, and the team breaks them down in the second. Since the PO in this case is a team member, and fully savvy of the product and solution, I suggested that we simply run down the list until we have as many tasks as we have work days (see how that works out?).

The first story was easy. We created 4 coding tasks and 2 quality related tasks.

The second story was a whopper. We knew it would take most of the sprint. One developer suggested that we split the story by data source – one part retrieving one source’s data, the other part retrieving the second source. the team leader shook his head. “The customer needs both”, he said. There is no value in supplying just one. We’ll split it some other way, if we have to”.

You couldn’t erase the smile from my face with truckload of erasers. I knew for sure that he got the idea of what a user story is!

With the second, larger, story, the team leader frowned and looked at the task list. “This doesn’t feel right” he said. When asked what the problem was, he said that one task is too big – it will take longer than a day. The team then split it in two parts, and added a third task.

And we were done estimating and committing. Just like that.

All in all, we spent about an hour of planning, 2-3 minutes of which were spent “estimating”, which is to say deciding how to split that “too big” task.

An Agile Manager in a Brave New World

At the end of the meeting, the team leader expressed his regrets that we don’t have a full-time technical-product-manager (TPM) which is the closest role they have to a Product Owner. The group manager, who was present for the Sprint Planning picked up the impediment and answered “Let’s take it offline; I’ll try to get one to join the team ASAP”.

Yes sir! The manager became the Scrum Master’s Scrum Master, as per my suggestion in my previous post.

Here’s What We Didn’t Do

There are several things the team didn’t do:

All in all, it was a great first “agile day” for the team. It was fast, to the point, and everybody participated in every part of the session. Tomorrow I will work with them on building their Scrum-board, and walk them through their first “real” daily meeting. I can’t wait!

So, what do you think? Want to hear more such experiences? Is there anything I did that you like? Something I could have done better? Please drop a comment. Don’t be a stranger!

P.S. A special thank you goes to Mark Knopfler, lead vocals and guitar legend from the Dire Straits, for inspiring the titles of two sections, in his wonderful song.